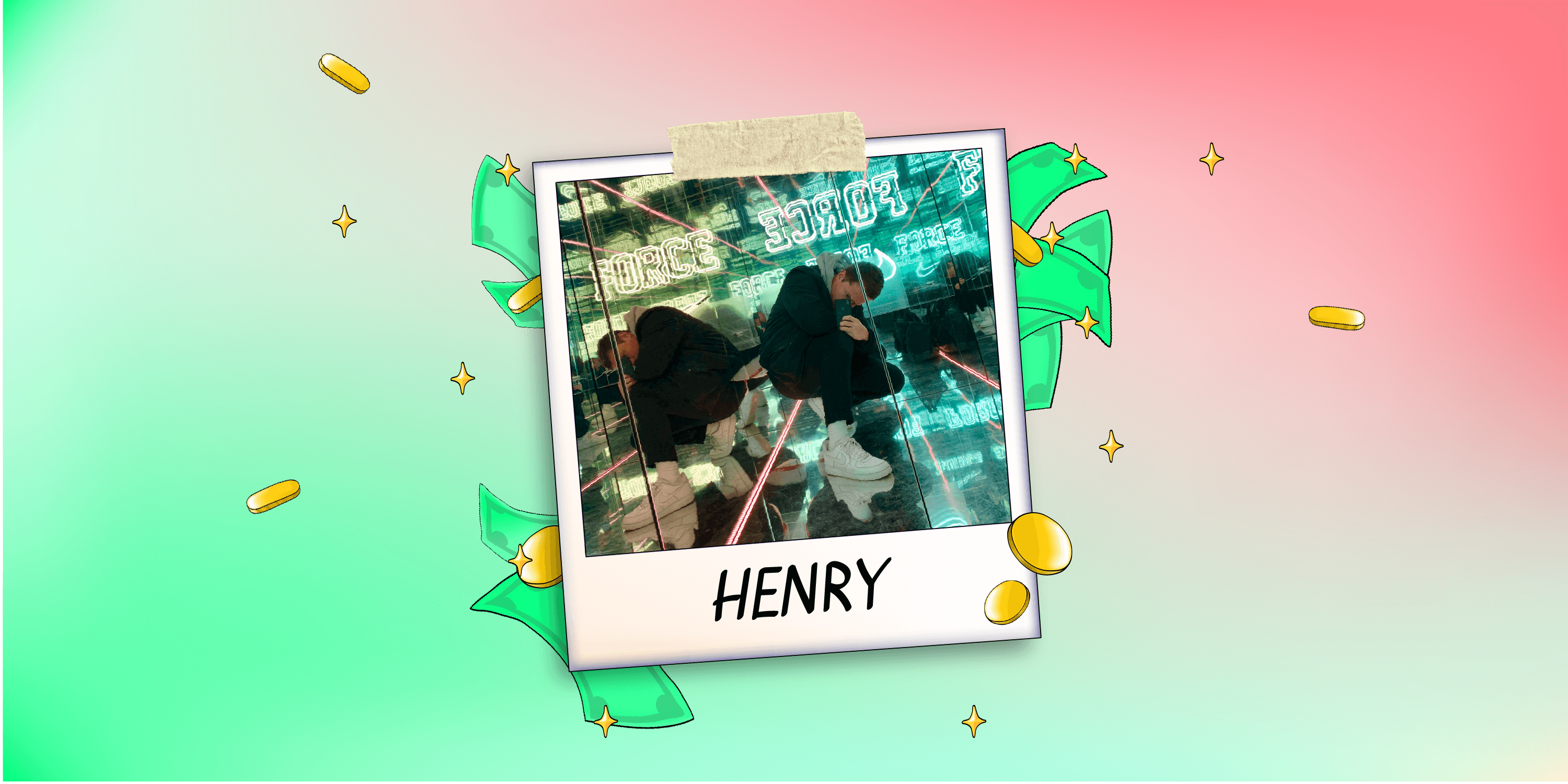 Welcome to Side Hustle Diaries – real experiences from real entrepreneurs. Looking to start a side hustle of your own? Need some ideas or some inspiration? This series is for you.

Side hustle: Flipping sneakers on StockX

Henry made $25,000 in profits on StockX since he began selling at the start of the pandemic. Here’s how.

I’ve been flipping shoes for a while now. I do this casually, but I know some people do it as full-on businesses. Other people are obsessed with checking the stock market, they know what to trade in and what to buy at the right price, and what’s going to do well. I have a similar interest in shoes and sneakers.

👟 How did you get into reselling sneakers?

The first few sales I made were things I was buying new - clothes as well. Supreme, Palace, brands that have limited availability. You buy that and you sell it for a profit on sites like Depop. More recently I’m using eBay and StockX.

Reselling can be frowned upon in the industry. Obviously, you are making money off of other people who are not able to get the product, and I was one of those people first of all. If you can’t get something, prices go up and if you don’t have that money you have to figure out a way to get it. So it’s kind of a dog-eat-dog world.

‘Cause I had an interest in shoes, there was stuff I wanted to get myself that I couldn’t afford. By selling other shoes for clothes that I didn’t have an interest in, I could purchase what I wanted for myself.

There are a couple of different ways you can get access to shoes. The first thing that got me into it was Yeezy sales. You can enter raffles for these sites, you can be at specific drops - so you have to be on the app at a certain time.

The thing to explain to people is, they say ‘oh, you won the raffle, so you won the shoes’, but it’s like yeah, you have to buy them though. So you’re winning a chance to pay for the shoes, which is a very strange and surreal thing to do, but it vets out bots.

People will set up thousands of email addresses and enter these raffles with the chance of it increasing their odds. I personally don’t do that, but that’s how people who make serious money do it. They buy 100 pairs of the same shoes, but I just look to buy as many as I can get, which is maybe one haha.

👟 Where did you get your knowledge on reselling from?

For the selling process, you learn by doing it.

You learn where people waste your time and what requires the most effort. StockX is probably the most frictionless way to sell, you don’t really have to do anything. You can just buy the product, ship it back to StockX in the same packaging it comes in and put a new label on it. With eBay, you create your own listing. Depop you’ve gotta deal with a load of time wasters. StockX can be great if you’re selling at volume because you don’t have to go through the hassle of creating new listings for every item, they do all the hard work for you.

With StockX you can list all the products you have and build a portfolio. It has variable selling fees depending on how much you sell. The more you sell the less your fees are. I think now every quarter if you sell more than $2000 worth of shoes you get the cheapest rate and it covers all the shipping costs for you. It varies between 9-5%.

As far as what does well, there are tons of different sneaker Instagram accounts, discord servers, and blogs. Places like HypeBeast, Highsnobiety. You’ll notice what shoes are talked about a long time before they’re released. If you see something that’s been talked about for months before it comes out and there’s generally positive reception, the chances are the resale price will be high by the time it launches.

You’ll also get an idea of stock levels. Some people will leak the stock levels for the number of shoes, so you can see if it’s limited or not. If it has 50,000 pairs that's a relatively small amount. Some go up to a million pairs so they’re not going to get a good resale.

You can guarantee you’ll make money on certain brands: Jordans, Yeezys. Look out for those.

👟 What does a good month of flipping shoes look like for you?

It really depends. It depends how quickly you want to get rid of your shoes and how long you want to keep hold of them. When a shoe is released, you can see a strong pattern of what the price looks like for sales.

You can see this on Stock X because it records the price of every single sold shoe, kind of like how the stock market is, and shows how it tracks over time. You’ll see how the price of shoes trend. Typically what happens is, up until the release point there are pre-released shoes and they’ll be a higher price. When they’re launched the price will be pretty high but then they’ll drop off and it will tank a little bit. Then it will slowly increase and get higher and higher over time.

I’ve always been an advocate for investing in shoes and looking after them for a long time. All through lockdown I was buying shoes and keeping hold of them. I wasn’t actively flipping them monthly unless there was a good one that I knew wouldn’t go up too much in price. Some of those you can make between $60 and $600 for a shoe. The most I’ve sold a shoe for is $1400. That’s something I kept hold of for 6 months because I thought the price would go up, and it did.

There are shoes that I wish I had held onto for longer. This is something I learned the hard way. I would buy shoes and flip them for an instant profit of $250 or $350. A year later they’re worth 1500. You learn it the hard way, so I’ve always looked to the long-term trades.

👟 What advice would you give to anyone wanting to get into reselling?

I’d say if you wanted to get into it - like investing in anything - you should have a genuine interest in it.

If you don’t have a genuine interest in it, you’re going to buy the wrong things and end up wasting your money and time. You could end up with a lot of stock or have to process a lot of returns. If you are interested in it, it makes it an easy side hustle to do because you naturally do the ‘research’ in your day-to-day life. Like, I follow a load of sneaker accounts and I don’t consider that research.

👟 Bonus Q: What is your favorite pair of shoes you’ve bought or sold?

My favorite pair are these Nike Air Max 1/97 Sean Wotherspoon. You can see the price history for it. It started at around $500, but I got them for retail price at around $170. Now they’ve gone up to over $1200. They’re one of my favorite pairs, I try not to wear them all the time because it’s corduroy, so it gets really beaten up, but I love them.

I sold some of the Travis Scott Jordans. They’re the ones I’ve made the most money off, so I think that’s my favorite pair that I’ve sold. I bought these for $120 and sold them for $1400. People pay a lot of money for shoes!

There’s a Nike x Louis Vuitton shoe that’s selling for $12,000. But you can buy them for $2300. I’m in a waiting room for them right now in the hope I can get through and buy a holiday off the back of it. Or buy a new kitchen. Whichever comes first.

Thanks so much for chatting with us, Henry. You’re killing it. Get that kitchen 💅

If you want to know more about selling clothes online, check out our articles on selling with Depop, Poshmark and eBay.

Know someone who has their own successful side hustle? Get in touch with us on Instagram at MeetCleo for a chance to be featured on the Side Hustle Diaries. 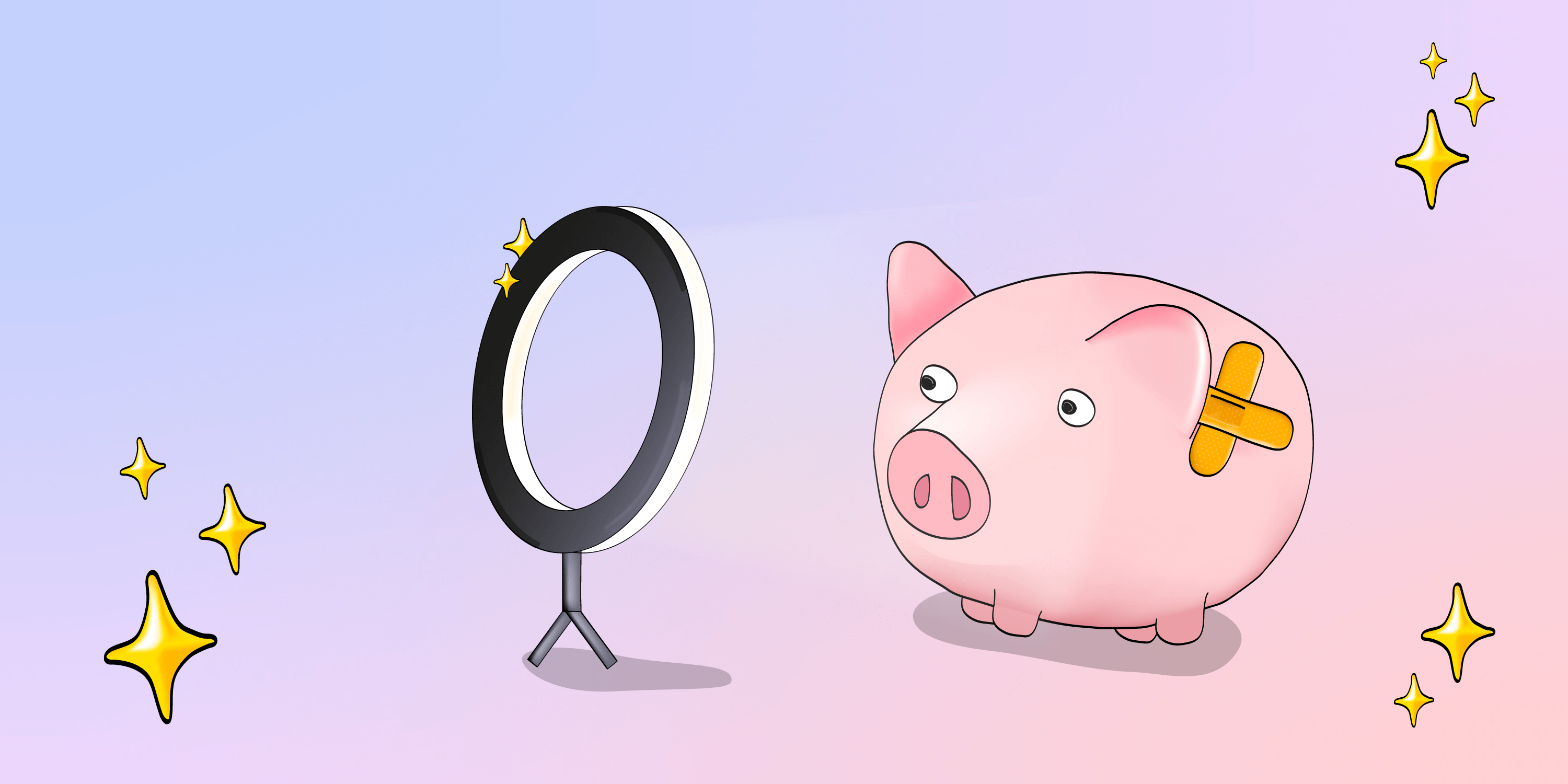