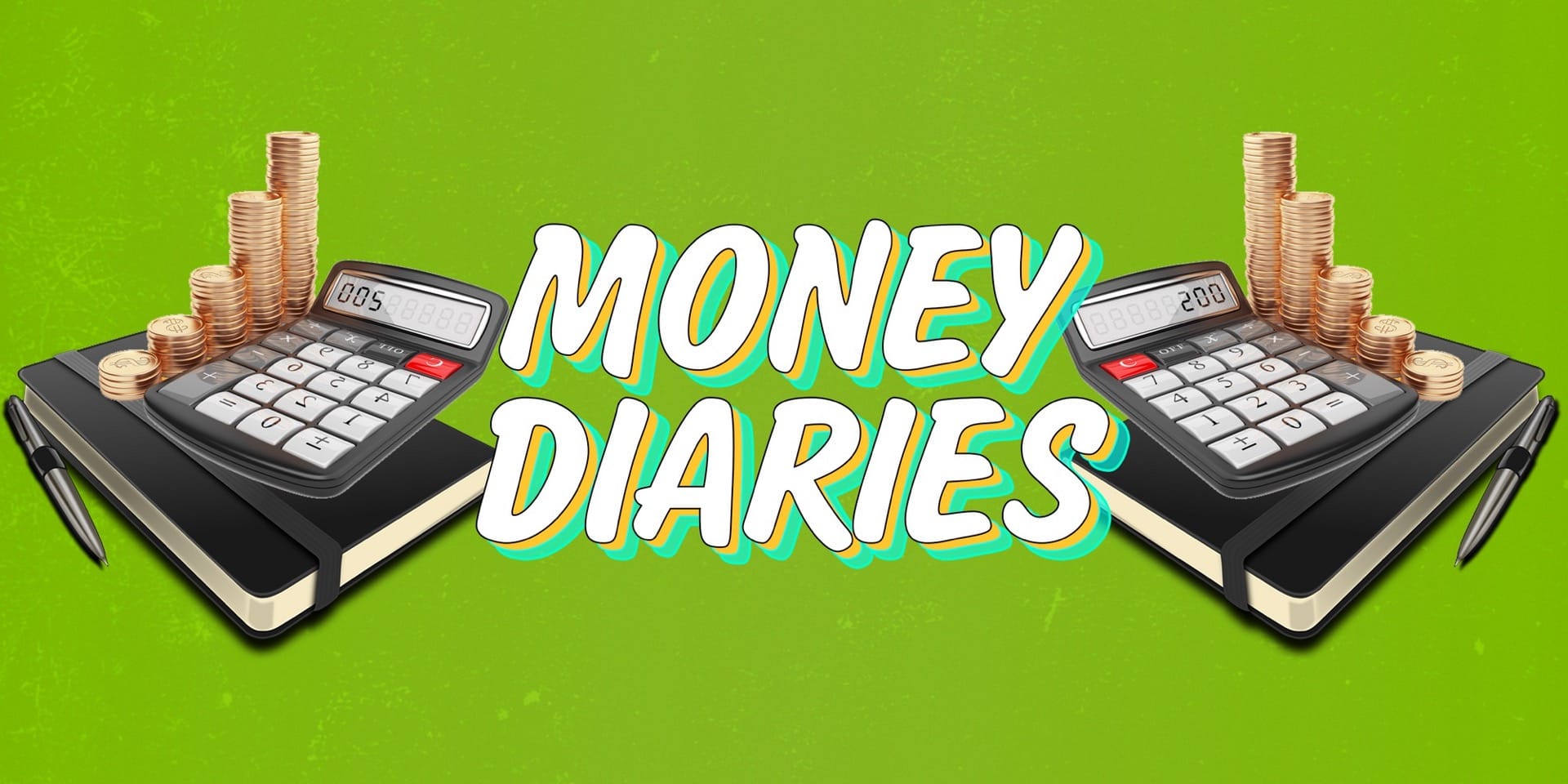 We’re all disgustingly aware that even if things are opening, we’re in the middle of a huge pandemic right now. Let’s see if it shows in a week of spending. Sarah, take the FLOOR.

I'm 22 and a (semi) recent college grad who's about to close in on her first year working a big-girl job. I'm making way more than I anticipated in a starting position, but it's only a lot of money to me, and doesn't get me that far in the real world. My dad has drilled financial responsibility into my head every day of my life, so I wouldn't say I'm sh*t with money, but I definitely like to spend recklessly and my internal Aziz Ansari voice screams TREAT YO SELF way too loudly on a daily basis.

I wish I had started saving when I was even younger, but Cleo found me as a Sophomore in college and since then I've saved roughly $900 with her alone, and no I'm not just saying that. I only dip into it when I'm low on cash, but overall I've maintained it pretty well.

I guess for me, the biggest worry is my financial future, panicking that I'm not properly allocating my funds. I know I'm young, but I'd rather worry now instead of when it's too late. It would also probably help if I didn't go to Target, Starbucks and Sephora every time something goes wrong. Which, depending on the moon, can be often.

Bills. That’s literally it. Bills. I lived off of a yoghurt, some produce already in my fridge from a previous shop and then stayed inside so like, go me I guess.

So again, I lived off of the contents of my fridge-freezer. No complaints. But I’m not out here trying to hurt my own feelings – I did some online shopping. I definitely don’t spend as much as usual thanks to quarantine, which is obviously great for my wallet, but also obviously bad for my heart. I decided to treat myself to some clothes off Poshmark marketplace. This does mean that I can justify it by saying I shopped sustainably, though!

After work I decided to run some much needed errands, but not before realizing I was on E (Emergency in gas talk, not the other kind).

One tiny, miniscule speck of joy this year is that gas prices are down so $20 currently fills up my tank. Sweet.

$57.83 at the pharmacy. Gotta love when the healthcare you pay hundreds for doesn’t even cover 25% of the cost of your script.

So today I had to pay my Nintendo subscription, which yes is completely unavoidable. But also completely essential, you feel me?

Then I guess I got claustrophobic. Sick of sitting inside on my Nintendo? Anyway IDK what happened but I was on my laptop and I ended up ordering two new chairs and an umbrella for my backyard. I had been looking for AGES and there they were. No regrets.

$4.25 for my Nintendo subscription

So Friday was, as expected, truly exciting. It was time for my toothbrush and toothpaste subscription payment (quip), which happens every 3 months. It’s cheaper than most store-bought brands. And I don’t need to leave the house for it so it’s a win win.

I got lunch to-go from the local diner which I frequent more times than I do the pet store, BTW. The reasoning behind this was because it was Friday. That’s enough, is what I tell myself.

Then I put some money into my savings for a rainy day. One where I have to really use that sun-umbrella in all of its versatility.

$10 for my toothbrush + toothpaste subscription

$120 into a separate savings

It’s crazy, I thought that given it was quarantine I wouldn’t be spending that much, but somehow in 5 days I still went through $500. I don’t even want to think about what I spend on an average work week in the city. I usually just ignore Cleo’s pleas to stop buying Starbucks 4 times a day…oops.

Sarah, hone that money energy, and make it bigger.

Where you’re killing it

Literally where do we start? Seriously, your whole money energy is admirable. You’re up there with the best when it comes to practical spending – think sustainable toothbrush subscriptions and your Nintendo payout… we’re in a pandemic, this is almost crucial spending. Subscriptions might seem like a hit but they only come around once every so often, so you can look at those as an investment in your future. And teeth.

Speaking of investing into your future, social distancing Queen, BIG yes to the garden chairs/umbrella too. If ever those were useful, it’s now.

You also spent a little on your birds which makes total sense if you’re cooped up together right now. Maintaining that relationship is priceless. You almost broke Cleo.

So, a total over $500 might seem like a lot, but with your earnings it’s pretty optimal. It’s easy to beat yourself up about spending, but think about the saving. You’re dropping 100s in off of your own back.

Where you’re… not killing it

You're getting off pretty lightly, and that might down to the lack of Sephora trips available to you right now. We’re trying not to overdo it with the praise cos we don’t want to have you out there chucking money at Jimmy Choos without reason. But, the main pain-point in your spending isn’t yours to fix – it’s the governments. Covering med bills is tough. (Time to VOTE)

And as much as this is jarring to say, we think there’s room for improvement in spending... more. On yourself. Your biggest outgoings were bills (to be expected, love that for everyone) and birds. You’re pretty good at the practical presents, but how about an extra lunch or a bunch of flowers for you?

You said it, you're pretty comfortable right now, but your worry is in the future. There are definitely ways to make sure that you're investing in the thrive to come, while also showering yourself with love here n there. And here and there again in your case – set up a Budget, and weekly. That way you can map out how much you want to spend on you, and how much you want to be putting into your savings. You can change your goals each week and you know Cleo will be popping up throughout to let you know just how you're doing.

If it's Sephora and Starbucks you're particularly worried about (Girl we've all been there), why not set up some Savings rules with Cleo. For example... every time you spend in Starbs, Cleo can fine you $1. She’ll stockpile the money and you'll have saved each time you were bad. It's like a swear jar, but savings. And if you're super scared about spending on you (you know, those flowers you're gonna get yourself) then you can set up a rule for that too. Each time you treat yourself, you treat your savings. As you have the means.

You’ve got this, Queen. 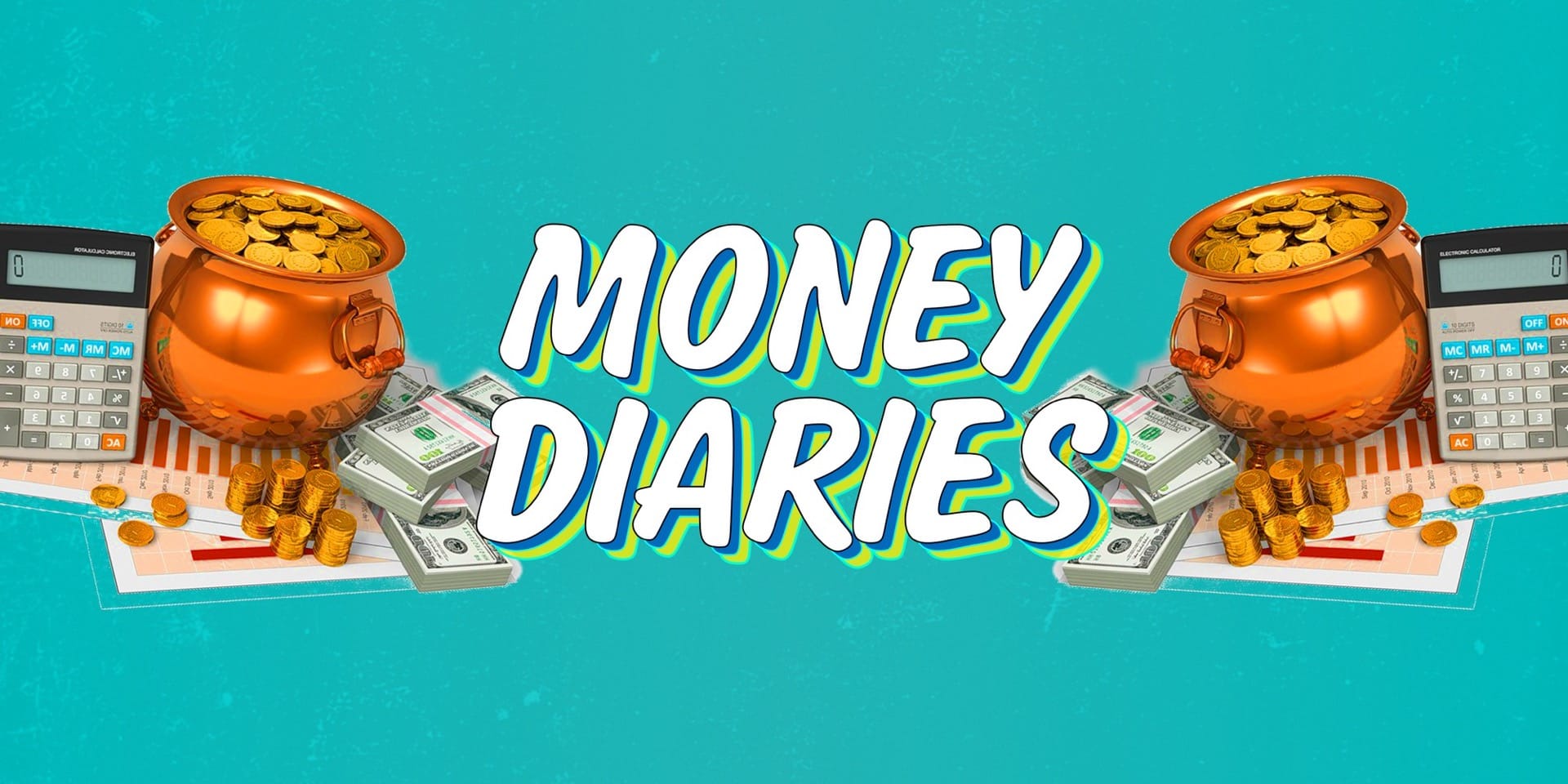 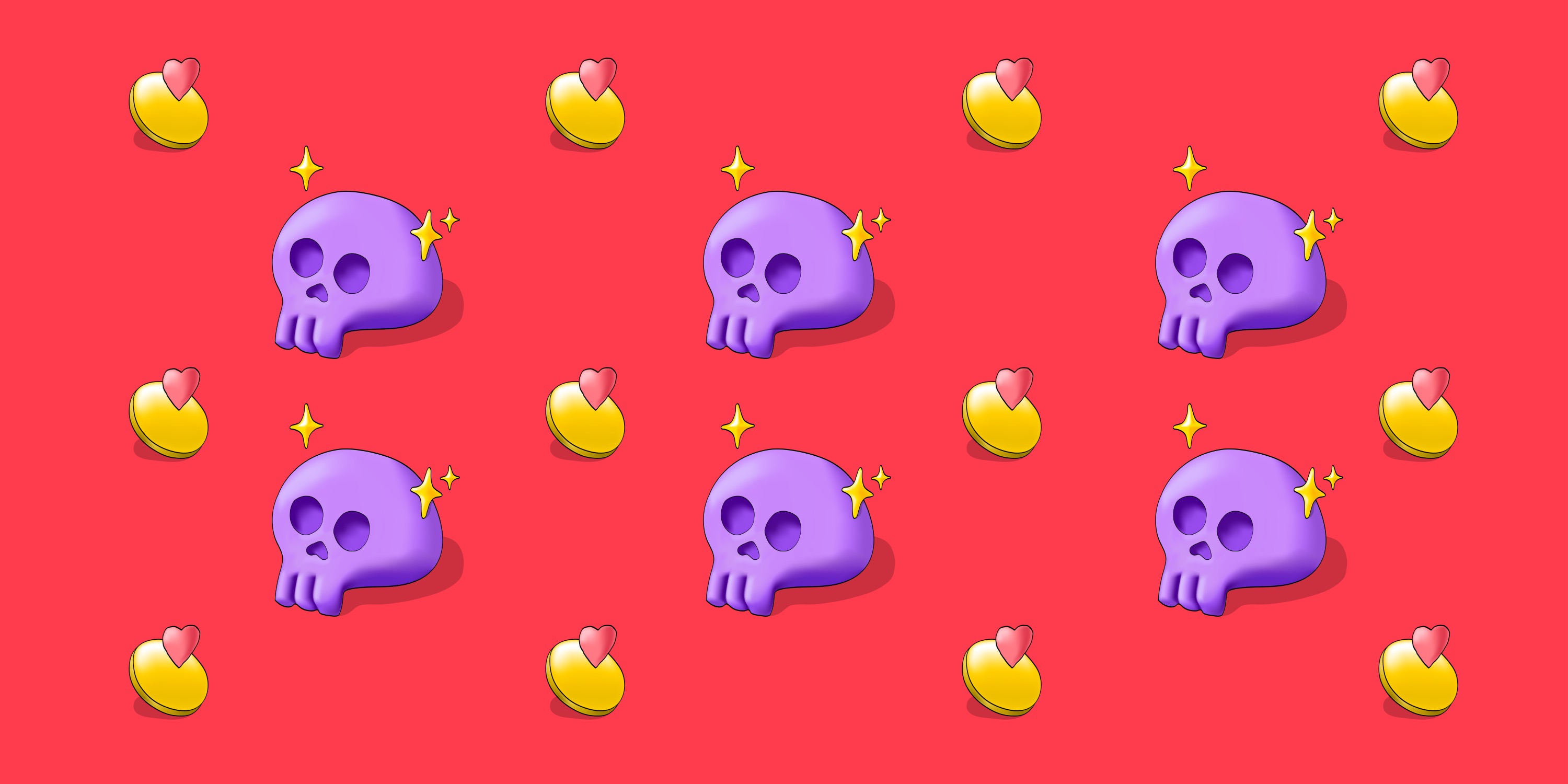 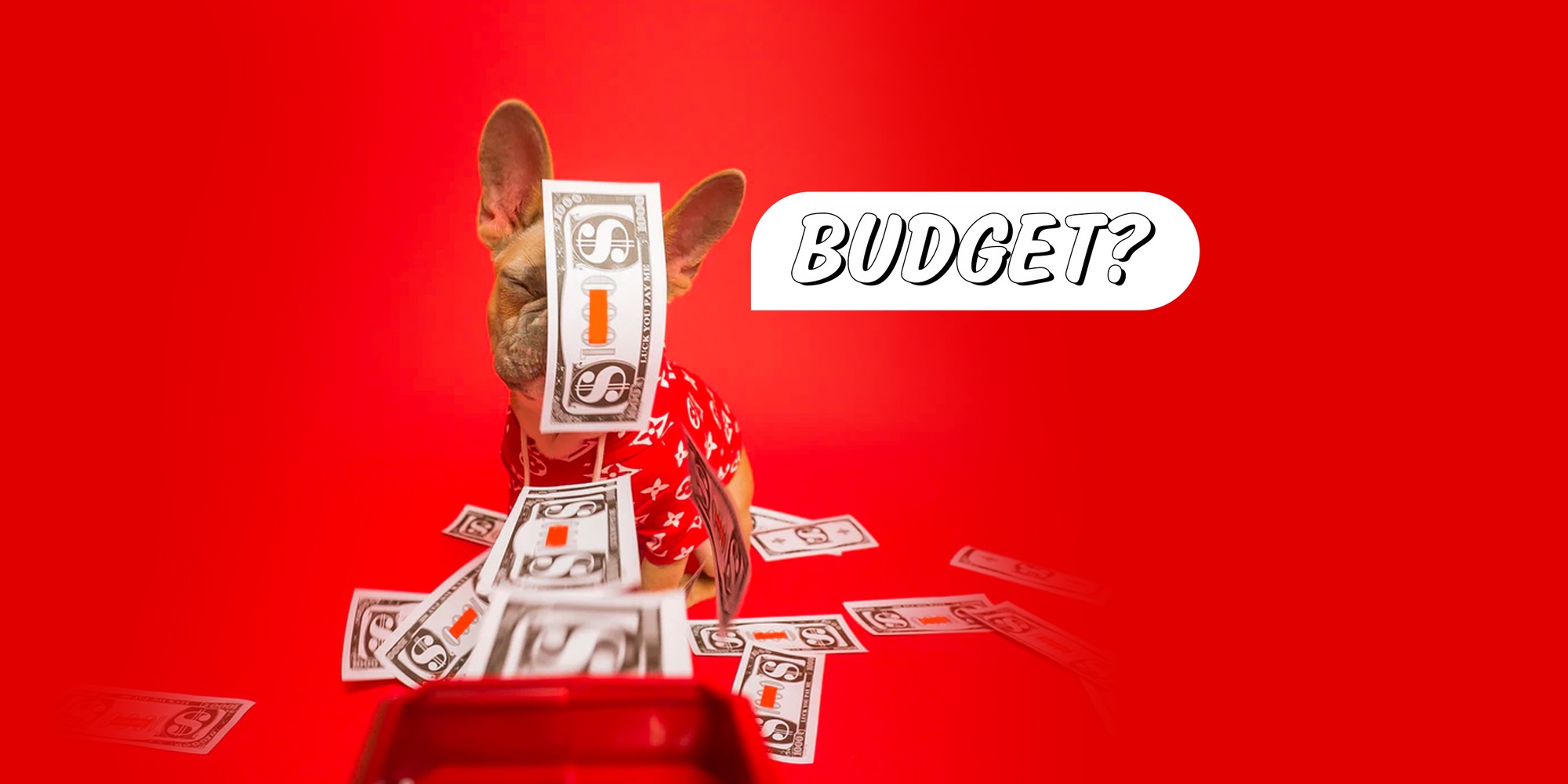