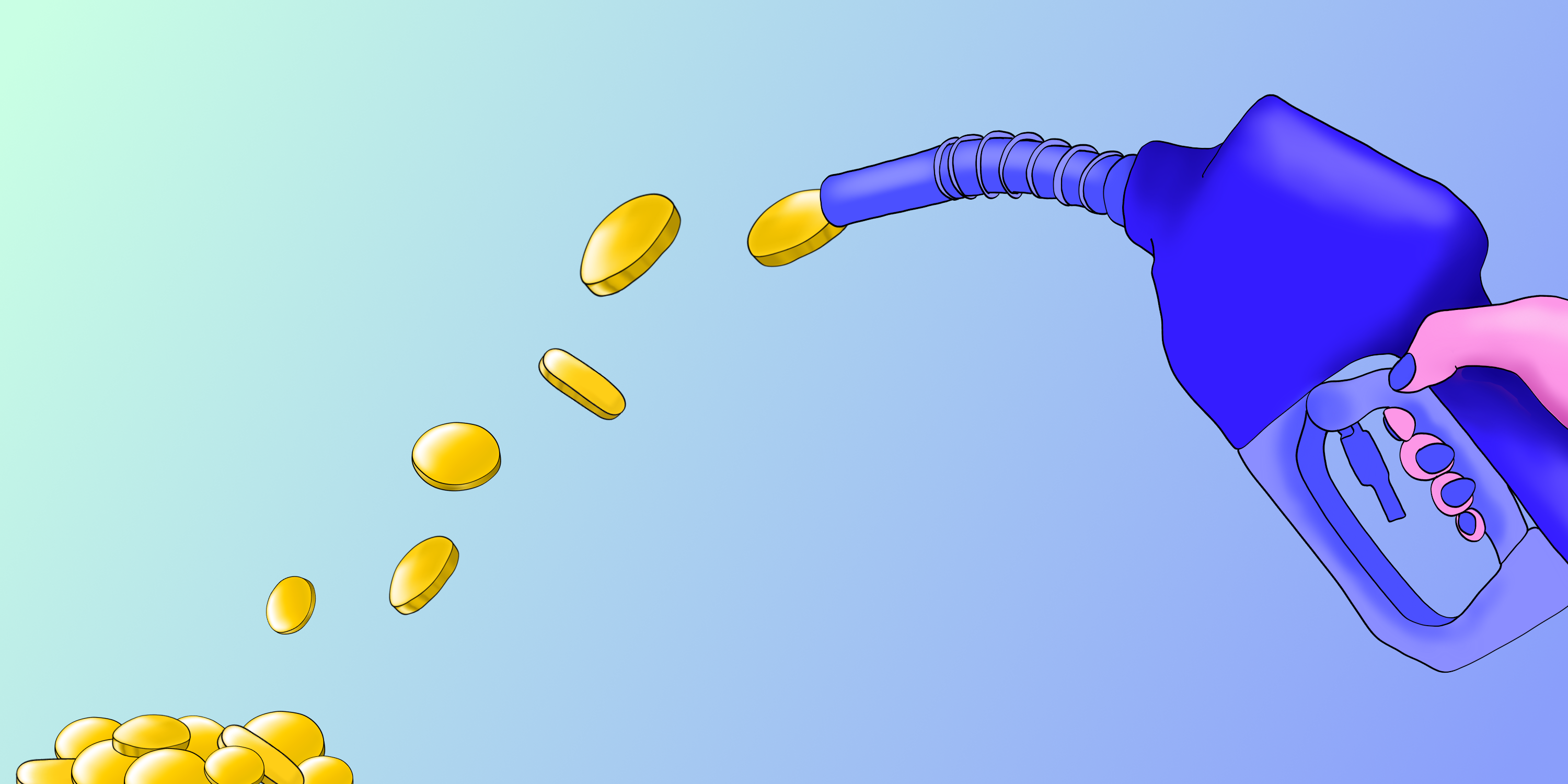 Gas prices set a new record this week — $4.237 a gallon. That's 54% higher than the previous record set in the 2008 recession (assuming you remember what that was/were alive.)

And California… Don’t think we don’t see you. The Golden State’s average is almost $6 a gallon 🤢

As if things weren’t already tough enough. When it comes to soaring gas prices, there’s no way around it.

Unless you’re Bloomberg of course 👅

Whoever wrote that needs a serious reality check. We all know how terrible public transport across America is.

Let’s just get this out of the way too…

We’ll spare you the classic “just drive less” or “bike to work” tips for saving money on gas.

Because “just driving less” is not always possible — Especially when your work is forcing you to come into the office for no apparent reason. #Clowns.

🚨(Also if you have no idea why the cost of gas has gone up, stick around to the end of the article.) 🚨

How you can actually save money on gas‍

1. USE A GAS APP TO FIND THE CHEAPEST GAS AROUND YOU

And in this crisis, any savings count. Try one of these apps to find the cheapest gas around you and save on time, gas, and stress.

Here are a few of our favs:

2. GET A LOYALTY REWARDS CARD

We know what you’re thinking. “But I’m not a mom.”

Time to swallow that keychain pride and get a rewards card.

Most gas stations have their own loyalty rewards programs, so definitely inquire next time you’re there. These can be great to stack on some extra savings alongside  the other options on this list.

For an idea on how much you could save, check out these 2:

Sign up for free and get Gold Status for 6 months. Gold status gets you 5 cents off per gallon. The only caveat is you need to fill up your tank 6 times in the last 3 months to keep the 5 cents savings for the next 3 months. (So basically once every 2 weeks.) Otherwise, you’ll get demoted to Silver Status, which gets you 3 cents off every gallon.

Also a sign up for free, and get 5 cents off per gallon for the first month. If you spend $100 a month on gas, and who are we kidding you totally are with these prices, you can maintain the 5 cents off for next month.

We know 5 cents doesn’t seem like a lot, but over time you could save enough to fund those drive-through coffee runs you take every day.

You read that right.

For this one you actually have to go into the gas station to get savings… which we know can be traumatic.

The pandemic has made some of us (me) into TikToking hermits.

But this could be good for you. Just wear a hoodie and some sunglasses and get in there, get your cash, and get between 5-10 cents off per gallon.

FOR OUR BAD CREDIT BADDIES

Try the Gas Buddy card to save up to 25 cents a gallon. It’s free to sign up and there’s no credit check.

How does it work? Just use the Gas Buddy card to pay at the pump, like you would a normal credit card. Gas Buddy pays the full amount, then they charge your debit card with the new discounted amount.

FOR OUR GOOD CREDIT GODDESSES

Get a credit card that has great cashback. And use the extra cash on gas. We had to say it, cause we both know you might use it on take-out.

Here are some of our favs with no annual fees:

There’s millions of people who’ve written about credit card rewards and things. So we won’t go too much into detail here.

According to them, Monday and Friday's mornings were the cheapest to fill up your tank in 2021.

6. FILL UP AT WALMART, COSTCO, OR SAM’S CLUB

If you already have a membership at any of these stores, definitely take advantage of their gas savings.

🌭 Sam’s Club has similar discount pricing to Costco, and also offers 5 cents off per gallon at some partner stations
‍

So if you were on the edge of getting a membership at one of these spots, this extra savings might be worth biting the membership fee.

WHY IS GAS SO EXPENSIVE?

It’s a combo of Russia’s invasion of Ukraine plus a Covid shortage.

And we know you might be thinking, but someone told you the U.S doesn’t get their oil from Russia.

While that’s true, we are still affected by the global shortage...

Let’s break it down.

Most western countries have imposed sanctions on Russia in an attempt to stop them from continuing to invade Ukraine.

One common sanction has been to ban all Russian oil and fuel imports.

The U.S and Canada have both banned Russian oil, while the UK has pledged to phase it out by the end of this year. It’s easy for these countries to do so because they already had very little dependency on Russian oil.

On the other hand, the European Union heavily rely on Russia’s oil. So it’s much harder for them to outright ban it. But they’re doing their best to buy from other suppliers.

Problem is… these other suppliers are the ones the U.S, Canada, and the UK are using.

And they already have a shortage of oil because they didn’t produce as much in the past few years due to the world being in lockdown and not needing it.

So basically the available supply of gas is small and in high demand, which makes prices go up.

Take care of yourselves.

If you’re looking for additional ways to save money or pay for gas, you might want to try our app.  It’s literally made to make the money thing easier. Cleo can help you budget, track your bills, build your credit history, even spot you up to $100 if you need (obvs eligibility requirements apply.)  And you can try it risk-free. 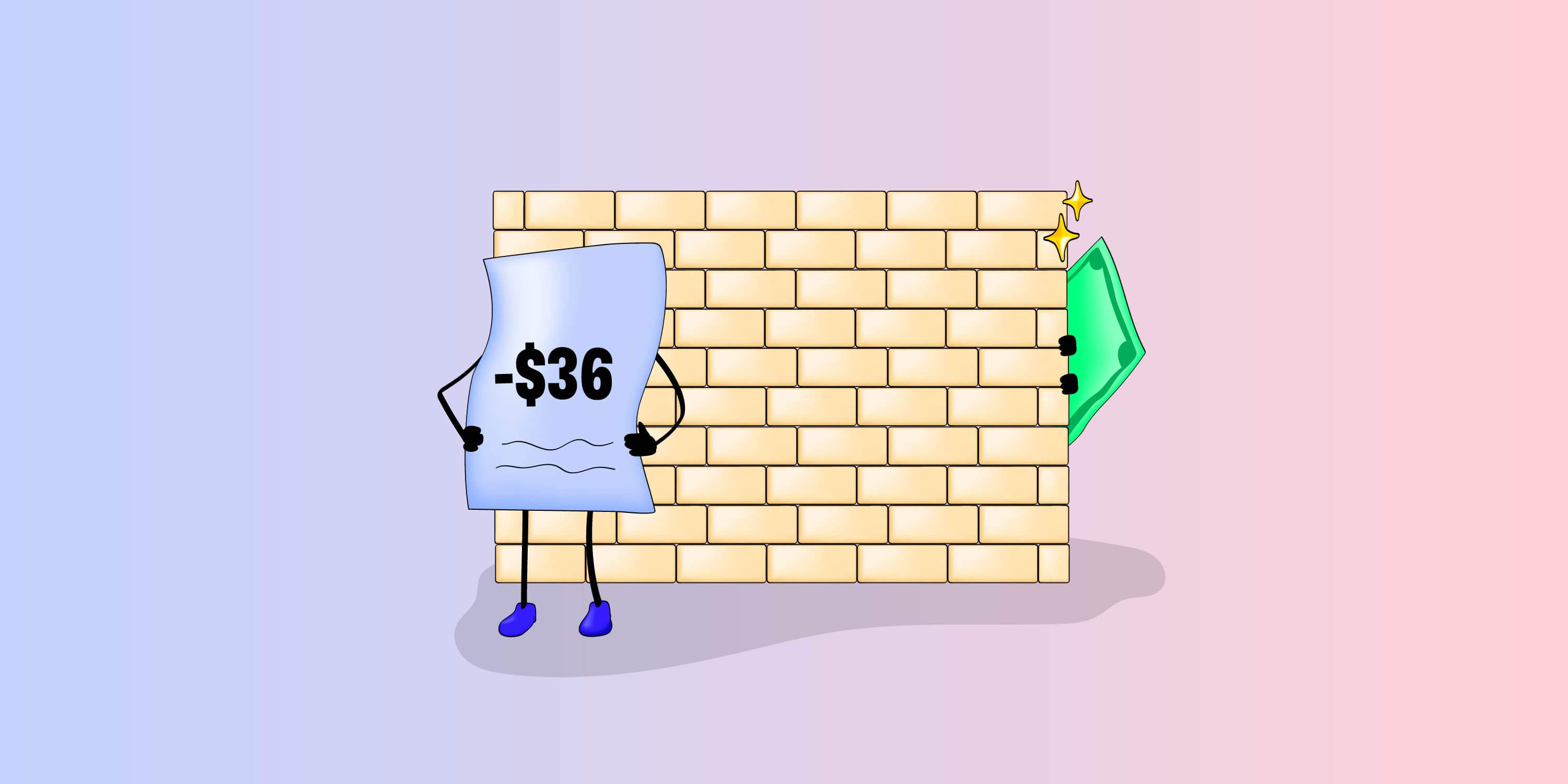 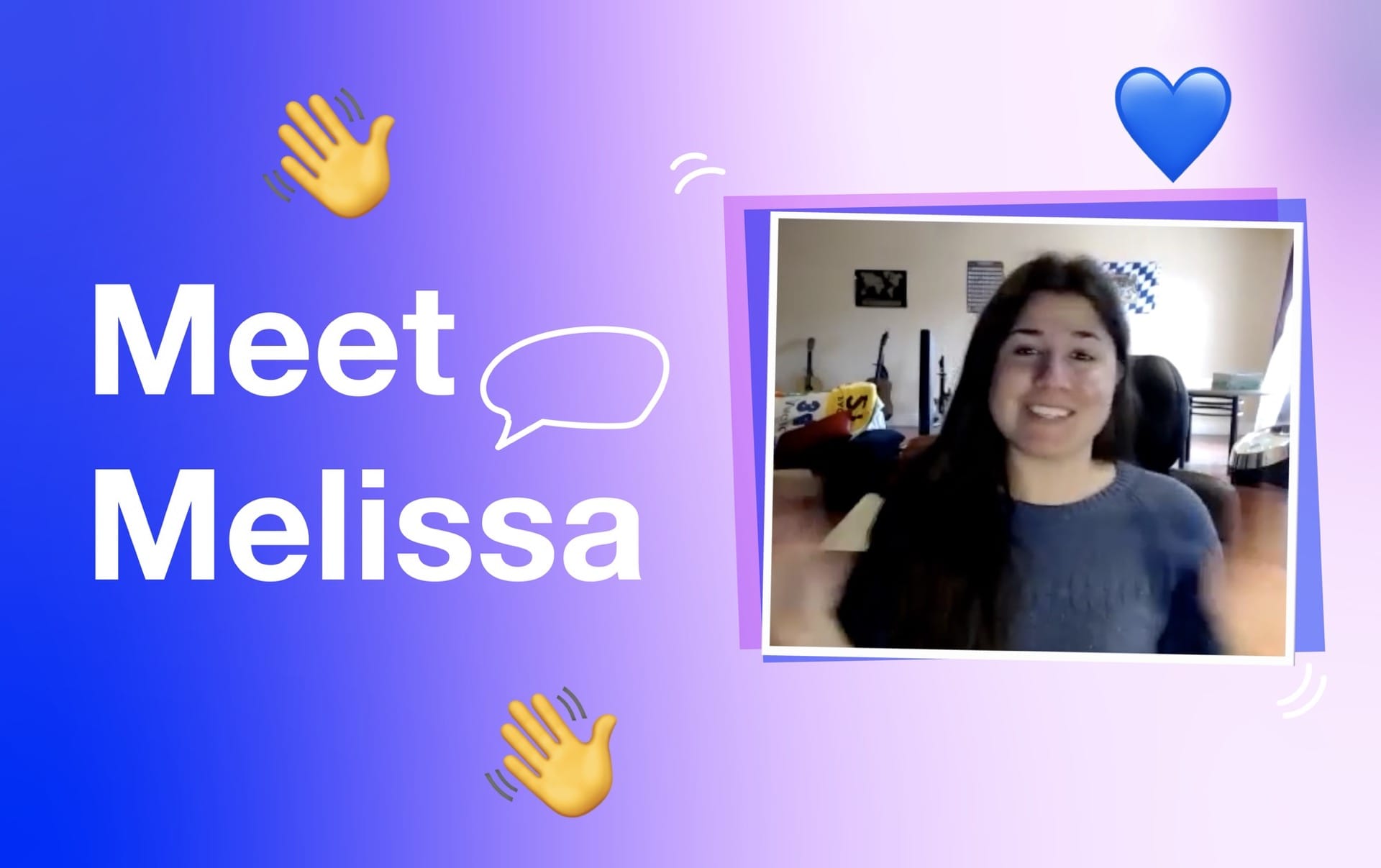 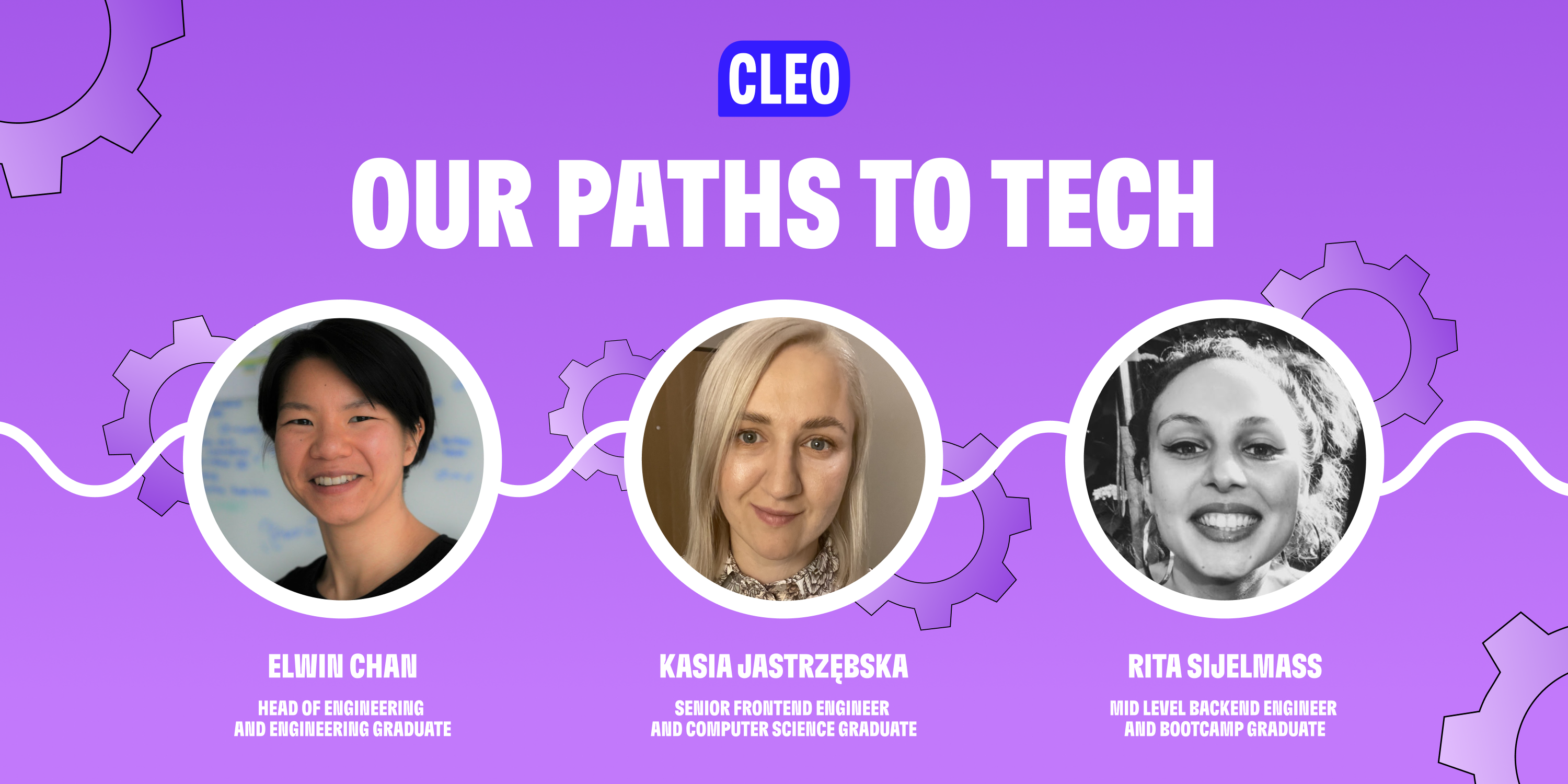