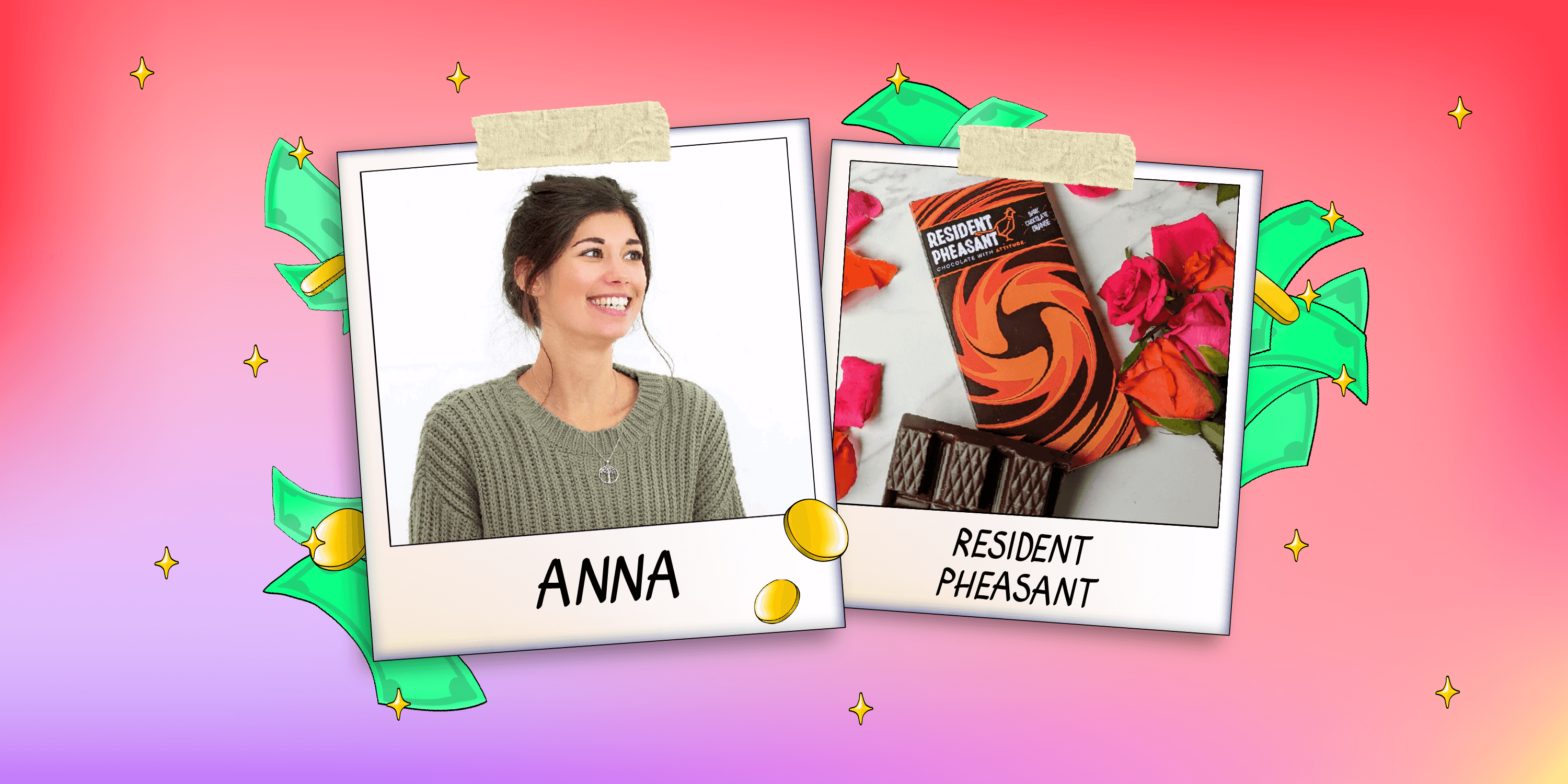 Welcome to the Side Hustle Diaries – real experiences from real entrepreneurs. Looking to start a side hustle of your own? Need some ideas or some inspiration? This series is for you.

Day job: Anna has a small social media role, but her chocolate business side-hustle has become her main hustle

Anna used her savings to start her own side-hustle, an ethical chocolate company.  Resident Pheasant is based in the UK, and ships directly into people’s mailboxes (or ‘letterboxes’ in the UK).

Tell us about Resident Pheasant.

The whole basis behind Resident Pheasant is: gone are the days of boring chocolate. The ethos is to throw shade towards boring chocolate or throw shade towards boring in general. It’s fully eco-friendly, so it’s kind to the planet. It has all plant-based wrappers and recyclable packaging. We’re kind to farmers so all of the chocolate is ethical, using ethical cocoa. It also gives the cocoa farmers better prospects: no child labor, no deforesting. It’s super important to protect them and the environment.

The last principle is to throw shade towards boring and the way we do that is with the stand-out 60s and 70s design and super exciting flavors.

I started it in December 2021. I managed to launch it the week before Christmas, so it was crazy, because who doesn’t love chocolate at Christmas? We got the massive Christmas rush which was really exciting. But I'm really excited for this year to come because I can start Christmas a lot earlier.

The company specializes in letter box gifts. I think this is really nice, especially if people are isolating, or if you want to send a birthday gift or a Christmas gift through the post. (Editor’s note: that’s the mail for our American friends.)

What motivated you to start this in the first place?

I actually received a gift from a friend through the post and it was a brand of chocolate that unfortunately used plastic in their gift box. It hit me that I’d been given this amazing gift and I just thought, oh, this is just going to end up in a landfill. This gift also couldn’t come in my letter box, it landed on my doorstep and I wasn’t in. My thought was: there’s definitely a gap in the market for letter box gifts that are eco-friendly, ethical and affordable as well. Ours are around £10 [$12] which are super affordable for everybody.

How did you start the business? Where did you get the money and know-how from?

I had a role in marketing since pretty much when I graduated from university [editor’s note: college]. I managed to save up a little bit of money. It was basically through savings that I managed to do it.

I’ve just accepted another small part-time role doing social media work. Resident Pheasant was part-time, it went full-time, and I’m just going back to part-time work again now. Trying to juggle the two, I suppose, and decide which way to go. It’s crazy because I thought I’ll need part-time work, then all of a sudden there'll be an influx of orders and I’ll think maybe I don’t need it. I’m just riding the peaks and troughs of it.

It’s self-funded at the moment. I think you have to be quite stringent with budgeting. Obviously, it’s a whole different ball game when you’re looking at your personal budget as well as the business’s budget.

When I was in marketing it was brand management, you have to deal with profit and loss and all the different expenditures. That gave me a bit of education behind it. But the reality is, starting your own business is just a whole different ball game. There are so many different things you’ve got to take into account. Still now, over 6 months on, I’m uncovering things like ‘oh, I should’ve done that from the start.’ I'll continue to grow and develop it. But I’m really enjoying it, so that’s the main thing.

The process started with the chocolate. Deciding which suppliers to go with, we wanted all the ethics aligned. Finding the perfect supplier was the first step. Then the next step was realizing, ‘Okay, we’ve got the products, let’s find the boxes that fit the products in.’ And then the rest of it has kind of come as we’ve progressed the brand. Leaflets, gift cards, new boxes, new designs. We’ve been getting inspiration from other brands along the way.

Did you face any challenges?

The biggest challenge for me is probably the stock management. We’re lucky in that it has a shelf life of about 10 months, which is really good. You don’t want to be sitting on too much stock, but equally you don’t want to be getting orders in and not be able to fulfill them. At the moment I'm at a really good level, it’s taken me until now to get to that stage. Christmas is going to be a big one and an interesting one. I’ll probably have a whole wall of chocolate. I’ll be sleeping on a bed of chocolate!

We’ve got our own website which is where we sell out letterbox gifts. On the weekends we tend to go out to markets which is really nice, because you get that face-to-face interaction. I’ve most recently been stocked in quite a lot of independent stores. Eco-friendly shops, refill stations, a couple of hamper businesses. I think we’re in about 15 independents now.

Where do you see Resident Pheasant going in the future?

Eco-friendly and ethical chocolate should be available to the masses. If we can get any big retailers or grocers, then we could finally fulfill our mission of getting plastic barred from chocolate.

Anna, thank you so much for chatting with us. We’ll be back in touch at Christmas to order literally all of our presents from Resident Pheasant. Hope the chocolate bed is comfy.

Know anyone who’s started their own successful side hustle? Get in touch with us on Instagram at MeetCleo for a chance to be featured in Side Hustle Diaries. 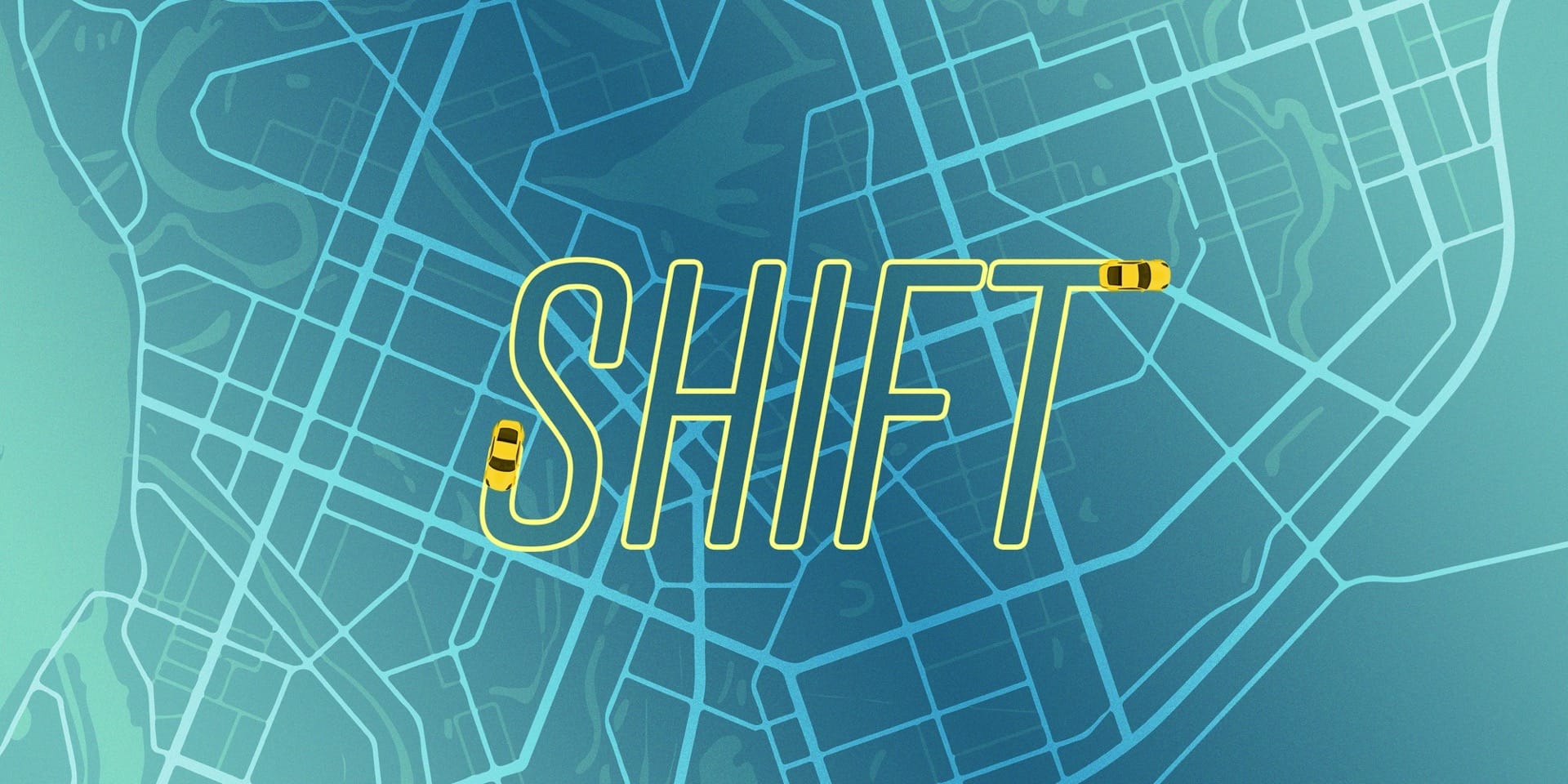