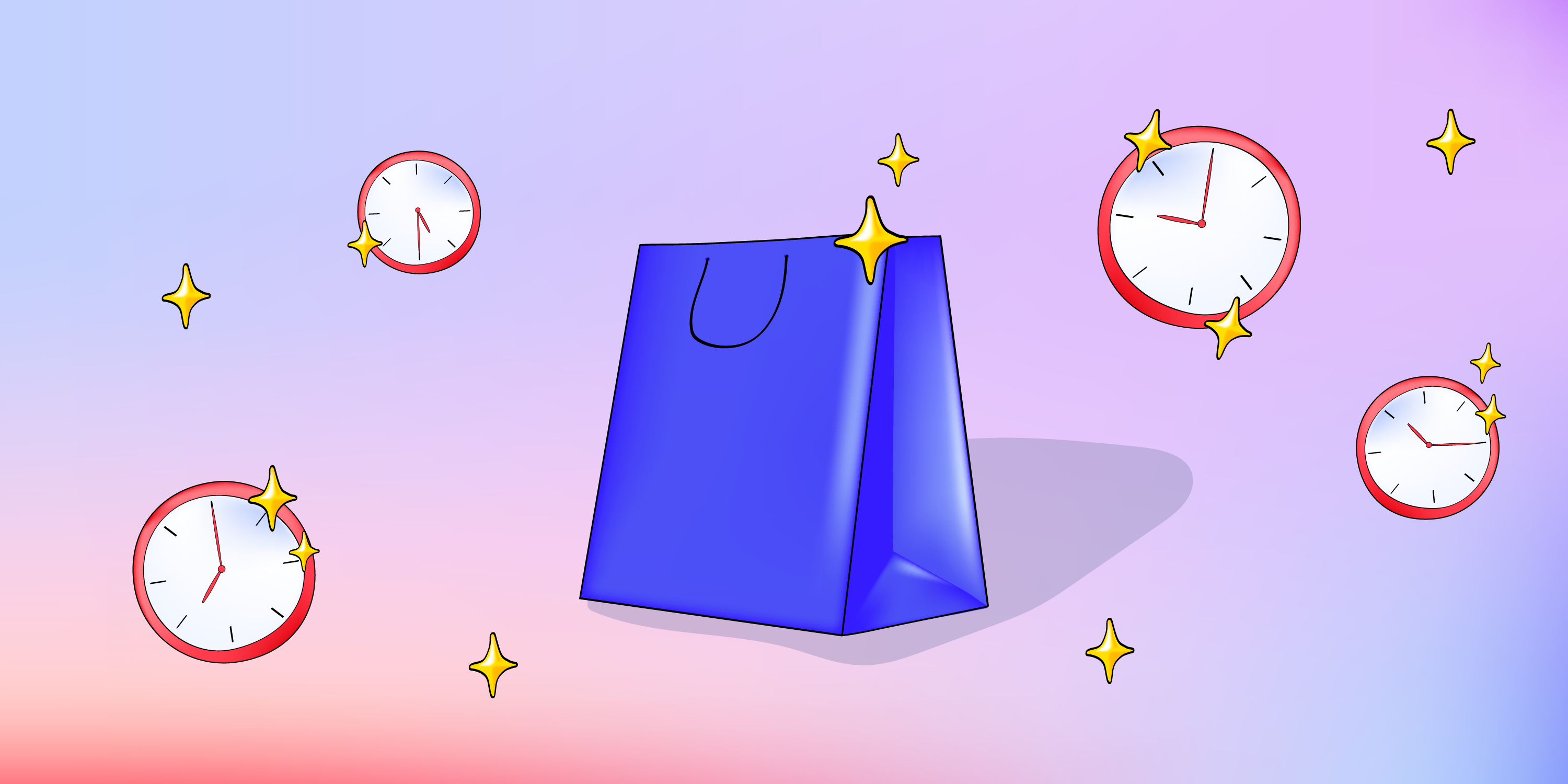 And by that time, you may not have any money. Maybe you didn't have it in the first place. Or life happened and you needed to use it on something else. Leaving you with no other option than a missed payment.

“Sorry… Get you next time boo.”

We wish it were that simple.

Unless you’ve been living your best ~better than the rest of us~ disconnected life, you’ll have heard of Buy Now Pay Later services, like AfterPay and Klarna.

Traditionally, when you shop online, you pay the full price right away. With BNPL services, like AfterPay, they pay the full amount to the retailer and you pay them back in four payments over six weeks.

BNPLs have gotten so big… you know Apple had to come out with its own version—Apple Pay Later.

Well for one, it’s easy to overspend since your payments are conveniently spread out.

Then two, if you can’t afford to pay them back, they charge you a late fee and may report that missed or late payments to the credit bureaus. (Which basically means it can affect your credit score.)

All BNPLs services have their own terms and conditions. So instead of skipping through them like you normally do… have a quick Control+F search to find their credit reporting practices.

We know your time online is precious, so we’ve gone ahead and uncovered AfterPay’s credit reporting practices for you 🙏

(We also had a deep dive into Klarna’s here.)

How does AfterPay make money?

AfterPay makes its money by taking a percentage of the transaction from retailers. Retailers are fine with this because Buy Now Pay Later services make them more money.

Well if you want to open your shopping psychology textbook to page pipe dream, you’ll see that BNPL services encourage overspending as you don’t have to pay for the full price all at once.

Instead of seeing the full price for an item and thinking “I can't afford this, I'm not going to buy it,” you might see it divided in four payments and think  “I can make it work.”

Another stream of income for most BNPL services is late fees.

How much is AfterPay’s late fee?

Their late fee comes in hot at $8. Luckily this never exceeds 25% of the price of the item.

Does AfterPay report your late payments to the credit bureaus?

Which is great…because some BNPL services do.

Can using AfterPay hurt your credit?

If you make a late payment to AfterPay, you will only be charged the late fee. You won’t also take a credit score hit.

“...Afterpay Buy Now, Pay Later payments will not affect your credit score, as they are not reported to credit reporting agencies.”

AfterPay does run a soft credit check on their new joiners, but this does not affect your credit score in any way.

It’s the next obvious question and the short answer is no.

Remember how we said earlier that they don’t report anything to the credit bureaus? Well this includes your on time payments as well.

So if you want to be rewarded for your on-time payments with a credit score boost, you may want to look elsewhere. (wink wink we got you covered for this)

What are the risks?

Using any Buy Now Pay Later service has its risks. It’s so easy to get carried away into debt land.

In fact, it’s becoming such a problem that the federal government is looking into it, citing concerns over debt accumulation, regulatory requirements, and data collection.

AfterPay doesn’t report to the credit bureaus, so the most you can get is a late fee and or banned from using their services until your debt to them is paid.

How to use Buy Now Pay Later safely?

If you are going to use a Buy Now Pay Later service, choose one that doesn’t report to the credit bureaus,  like AfterPay.

Here are some things you should remember before you Buy Now and hopefully Pay Later:

✍️ Create a budget (you can make one with Cleo), so you’re not spending money you don’t have

💳 Set up auto-pay, so you don’t miss a payment

⌛ Wait a week before buying, so you don’t make a decision you might regret

Well, what are you looking for?

Do you need some interest-free and late fee-free money to cover you? Or do you want to improve your credit?

At Cleo, we have two subscriptions that can help you do either.

Our Cleo Plus subscription can help you avoid making late payments or going into overdraft with our cash advance feature. (Eligibility requirements apply 💅)

And our Cleo Builder subscription is literally designed to help you work on your credit score.
‍ 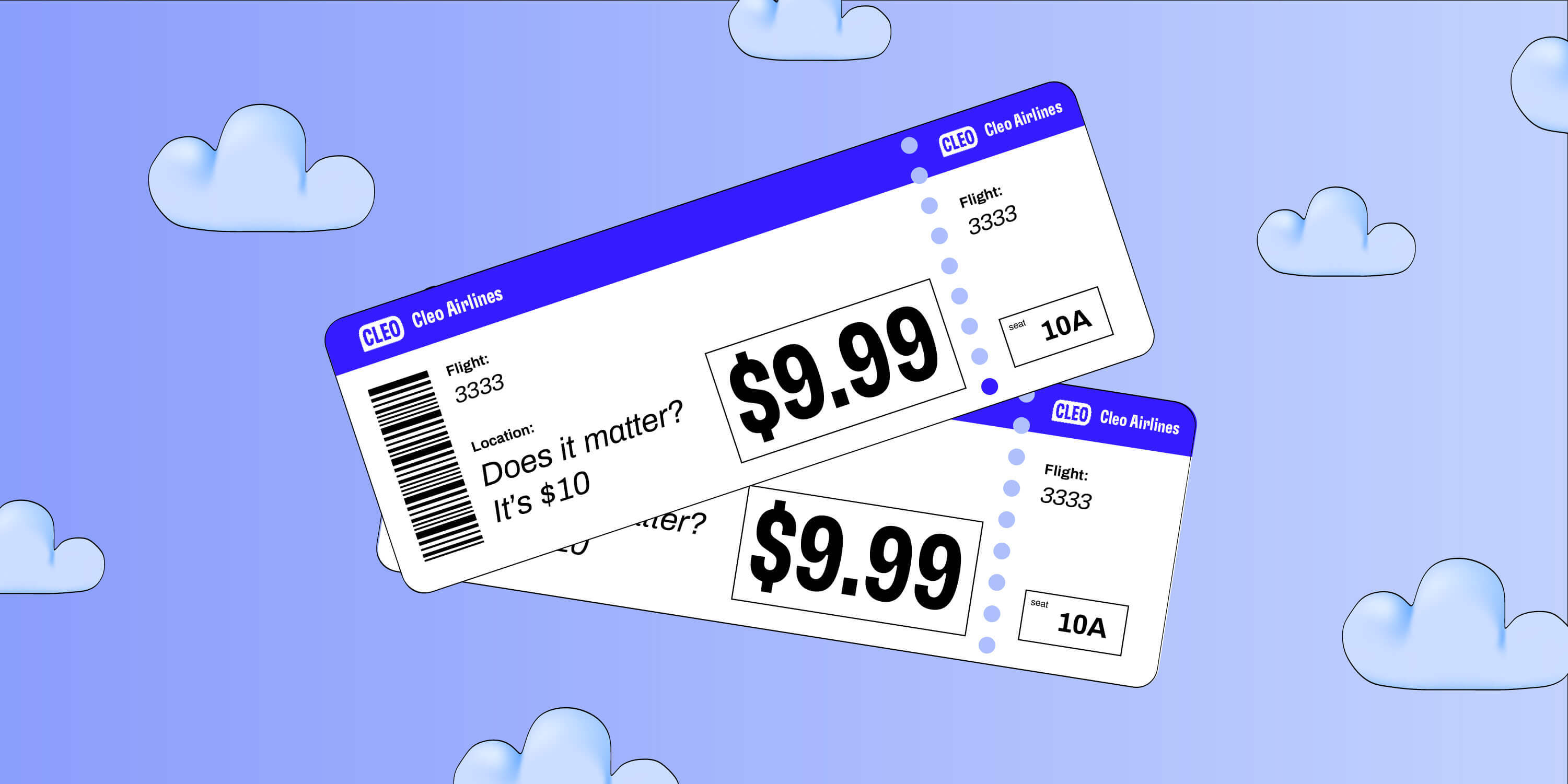