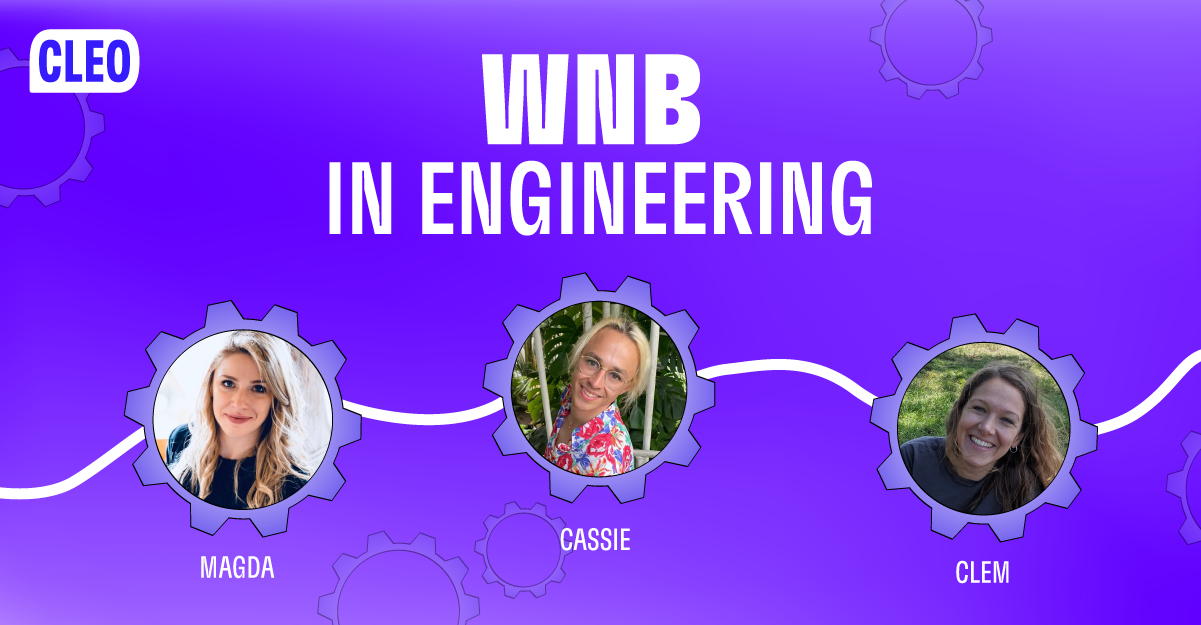 As a mix of self-taught, bootcamp and computer science Engineers, we at Cleo understand that there’s no ‘right’ way to get into tech, only your way 👊

Here’s some stuff that our WNB (women and non-binary) folk wanted to share with the WNB tech community, in the hopes it might help you on your path 💙

What got you into Engineering?

Cassie: Growing up I found it funny that my dad would use the command line on his laptop instead of “clicking on the pretty buttons” and I had been meaning to teach myself to code for years - and finally did after uni. Cleo was my first job out of coding bootcamp, Makers Academy. I knew I wanted to join an early stage startup and Cleo weren’t yet at Series A. Barney (our CEO) was still writing code at this point. I got a hand-me-down laptop as they weren’t sure I would be any good!

Clem: Thank you for being good, you paved the way for more bootcamp Engineers to be here!  I didn’t even realise that coding was a career until I “fell” into a role hiring Engineers and thought they were so cool. I loved seeing them collaborate - building apps and talking passionately about their work. They were my biggest Cheerleaders when I told them I was learning to code. They were all computer science Graduates, but emphasized that it’s more about motivation than a degree. So I also headed to Makers.

Magda: I worked in another Fintech startup as a Business Analyst, but it was a very alpha-male company run by ex-Investment Bankers - very not Cleo and I did not enjoy it! I worked closely with Developers there and loved what they could do with code compared to what I could do with a spreadsheet. I completed Le Wagon bootcamp and joined Cleo 10 months later.

What have you done since joining Cleo?

Cassie: What haven’t I done since joining Cleo? I don’t think there’s a part of the project I haven’t worked on in the last five years. I got deep into the chat part of the product when Cleo lived on Facebook Messenger alone. I’ve learnt so much about engineering, broken the app and fixed it as many times. I’ve moved from being a Junior Engineer to being one of nine Technical Leads and it’s been a fun journey. I’m really proud to have been part of growing a nurturing and collaborative culture where “no question is a stupid question”. It’s important that we retain this as we grow.

Clem: Although people can move around Squads, I’ve worked solely on Payments. I’ve enjoyed deep-diving into one area which is very Backend Engineer and analytics-heavy. We’ve overhauled payments at Cleo and made them better for the company and more importantly, for our users. I’ve embraced the attitude of “go for it, you might break things” and I think it’s made me a much more confident Engineer.

Magda: I’ve worked on several existing projects, as well as building things from scratch, helping users spend less and build healthier money habits. It’s been fun thinking about data structures and how we can capture data to make it easy to analyse our AB tests. I was thrown in at the deep end, but I’ve always had the support I needed. I’ve gained so much trust in what other people say but also in myself. I love that if something goes wrong there’s no blame, and people don’t get angry they need to fix something.

What’s one piece of advice you’d give to someone thinking of going into engineering?

Clem: I always repeat what the Engineers who supported me said: it’s about your motivation! If you’re motivated and enjoy it, that’s what’s going to keep you going when you’re learning. One day you’ll feel amazing, the next you’re hit with imposter syndrome. It’s about keeping going in the moments after you feel rubbish.

Cassie: Just do it. Don’t sweat the “hard skills” as they’re the easy bit and you can learn. It’s all well and good building an application on your own, but there are many things to be aware of, like how you work with others and regulate your own emotions when you get critique on work that you’re really proud of. How you react is more important than how you write code.

Magda: Don’t think you have to be a man to be a good engineer! That’s an internalized stereotype and it held me back in the past from asking questions for fear of ‘looking stupid.’ You also don’t have to be very tech savvy and up to date with Hacker News or the latest technology.

Who is a WNB in tech that inspires you?

Magda: A close university friend of mine did a coding bootcamp before me and was a huge inspiration and encouragement. I saw how much progress she was making becoming a teacher and tech lead at Le Wagon and she’s also now teaching data science. She has a tattoo that says “Why not?” and always encouraged me to be brave and believe in myself.

Cassie: I have two. An old colleague called Kavita, who has recently founded her own startup. She was part of the original Credit Builder Card team here at Cleo and is really amazing. The other woman is Kay, one of my coaches at bootcamp. She really knows about “the computer” and thinks very deeply about how she can teach first principles to other people. We’re very different from each other in regards to engineering practices, but that’s specific to the environments in which we’re in. I really look up to her in the way she thinks about things.

Clem: Mary Rose Cook was my coach at bootcamp and she was not only a very impressive Engineer, but a very good Teacher. If you went to her with a question she’d give you the tools to find the answer and would very rarely hand you an answer on a plate. She had great humility and empathy and set a high standard for the kind of engineers I want to work with.

All: We also want to shout out Elwin, Cleo’s Head of Engineering. She’s been supportive of us all personally and is continuing to build an engineering team that’s passionate about Cleo’s mission.

What brings you joy outside of work?

Cassie: I recently took 3 weeks out of work to learn to be a yoga instructor. I also love cooking for other people.

Clem: Spending time with my two year old daughter and (by the time people read this), my second little one.

Magda: Pole dancing – I had to take a break over the pandemic and it’s been a huge physical challenge getting back into it, as it requires so much strength, but I love it. And traveling!

If you’re interested in becoming an Cleo Engineer, we (predictably) have lots of opportunities. 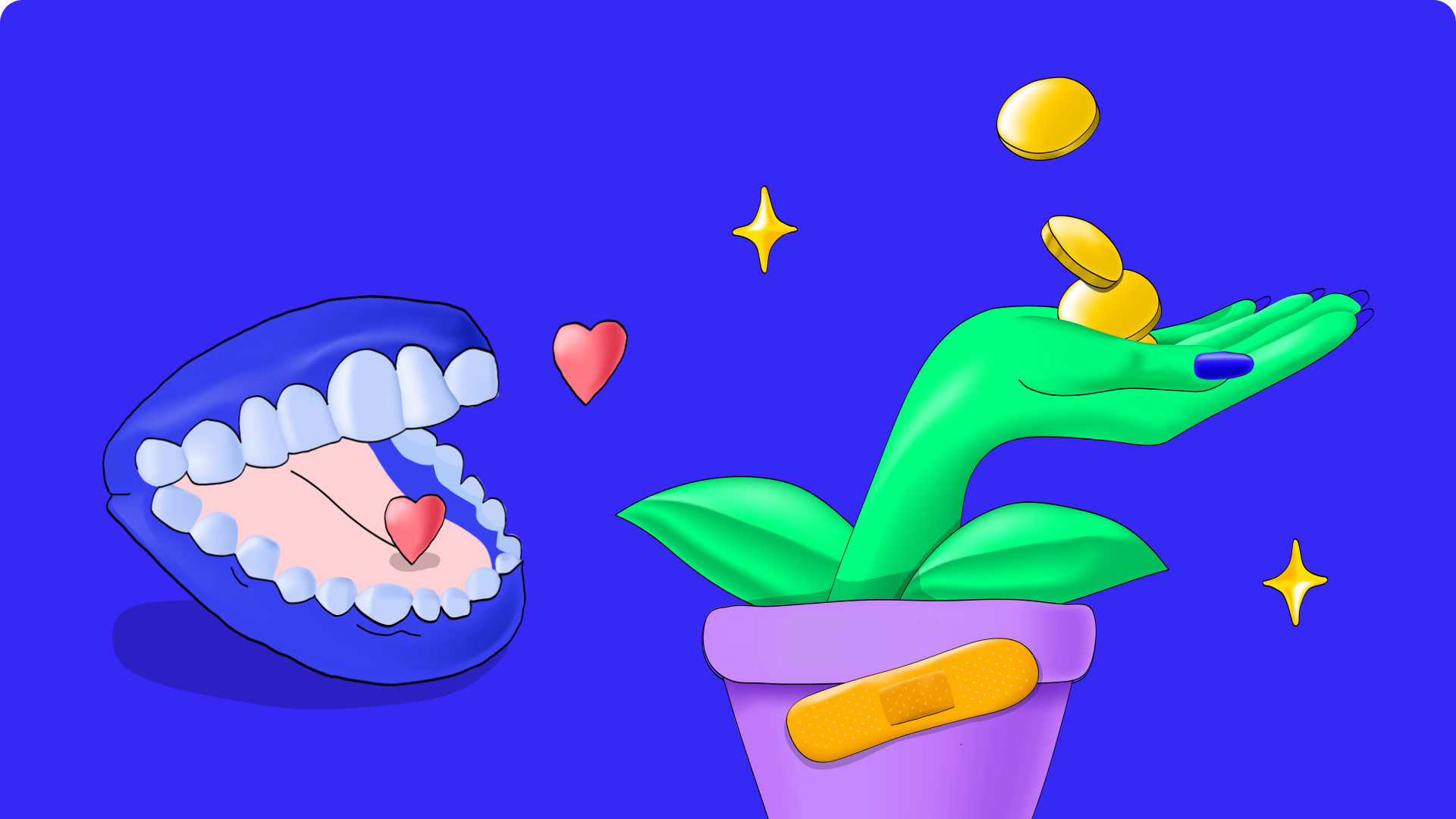 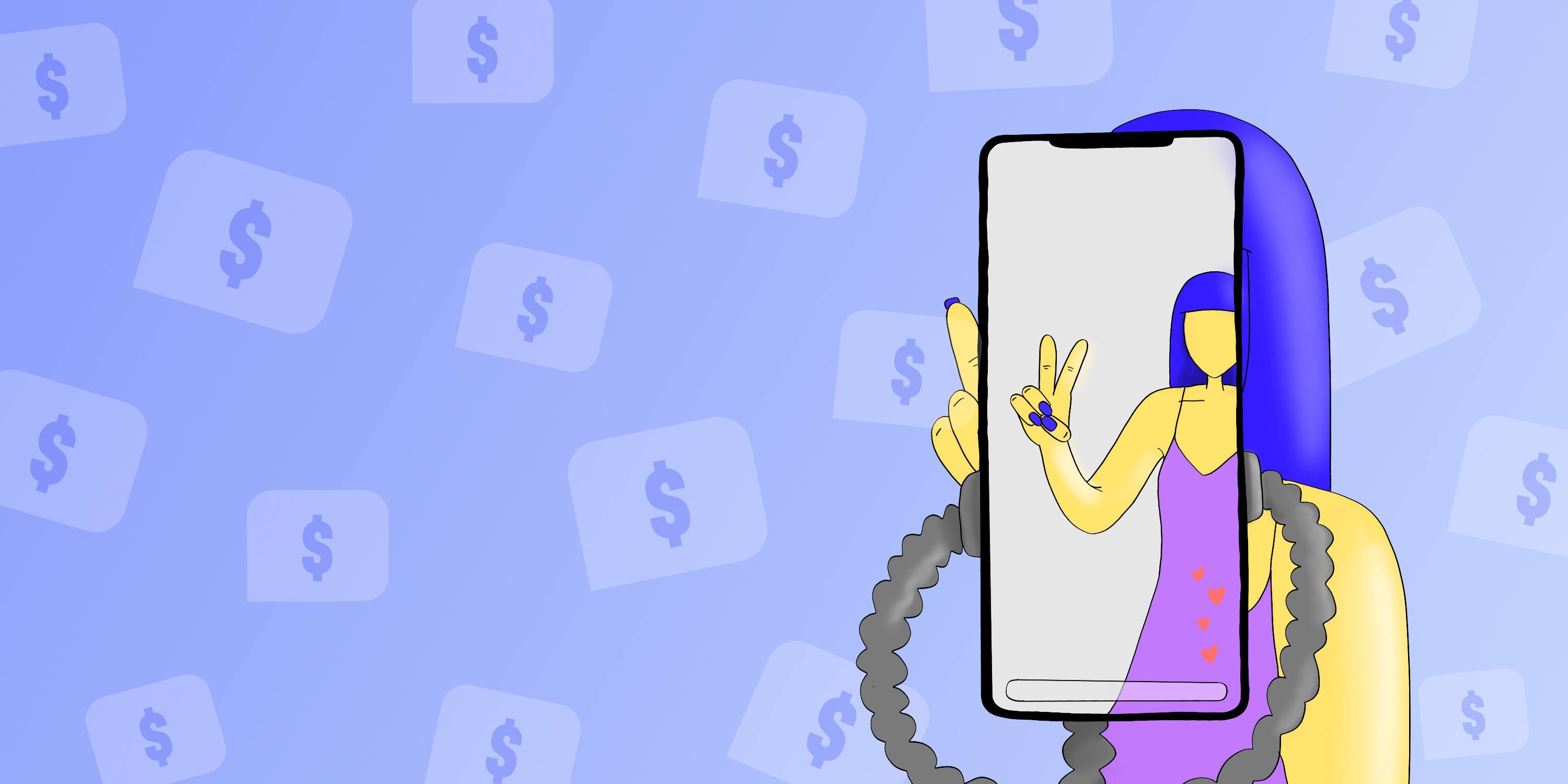